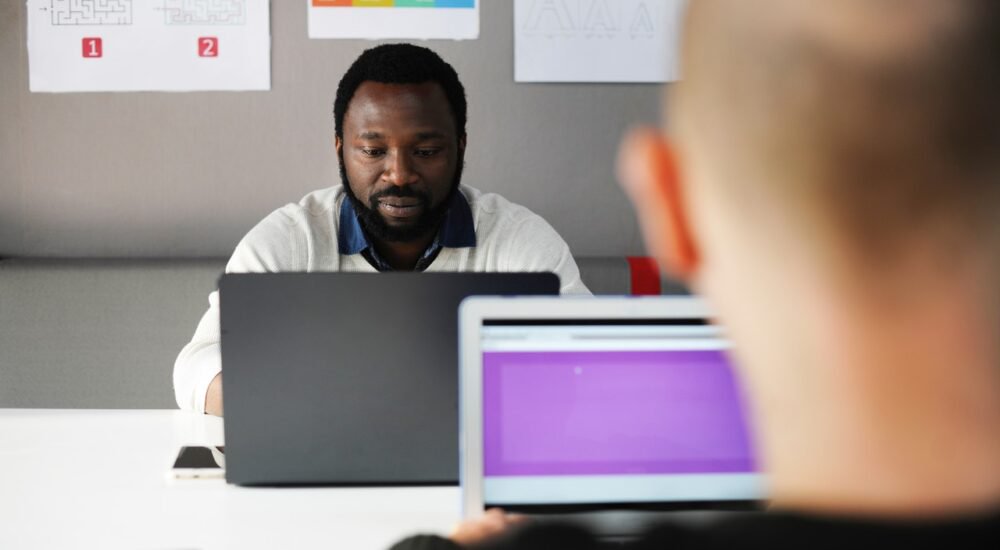 As the country regroups itself after nearly two years of an extremely turbulent job market, recent unemployment figures paint a worrying picture for ethnically diverse workers. Figures published by the Office for National Statistics (ONS), show that the unemployment rate for ethnically diverse employees is rising three times as fast as their white counterparts. Back in 2020, amid the worst of the pandemic-related job cuts, Black, Asian and Minority Ethnic workers in employment dropped 26 times more than white workers over the same time period.

However, this isn’t an issue that the pandemic has created, it’s a problem that has been further exacerbated by COVID-19. Indeed, in 2019 78 per cent of white people were employed, compared with only 66 per cent of people from all other ethnic groups. And yes, while this employment gap has closed, in 15 years it has only closed by 5 per cent.

Why is there an employment gap?

Unfortunately, this gap derives from various underlying systemic issues. From educational opportunities in early life, whereby ethnic minorities are less likely to have access to schemes such as apprenticeships, to a continued issue of bias that is entrenched from recruitment through to retention. And as evidenced by the presence of an ethnicity pay gap, the ethnic employment gap remains and will continue to exist until we put in the work to level the playing field for ethnically diverse talent.

To begin to make meaningful change, all working systems – from schools to workplaces – must review their current processes and place more emphasis on equality and inclusion.

Collection of data and undertaking benchmarking

First and foremost, workplaces must understand where their current issues lie. By routinely collecting data which can help employers, hiring managers and senior team members spot holes in their current processes, as well as garner a true understanding of their current culture, data collection is a crucial first step in understanding where work needs to be done to ensure businesses are becoming more diverse and inclusive.

Our sister company, INvolve, have created the robust RADAR benchmarking tool to take a 360-degree look at organisations’ current D&I schemes in practice and offer data-informed recommendations as to where improvements can be made. RADAR explores recruitment and retention, attraction, development, accountability, and resourcing.

Recent research found that 20 per cent of UK Black and Ethnic Minority job seekers altered their names in applications, with almost all who altered their names reporting a higher level of call-backs from potential employers. Whether conscious or unconscious, it’s these small micro-aggressions which create huge systemic issues for ethnic minorities in the job market.

It’s crucial that employers and hiring managers undergo regular training to ensure that their biases are challenged and that processes are altered to help minimise the chance of implicit bias influencing the recruitment process. From ‘blind hiring’ to encouraging and creating a culture of conscious inclusion, there are many avenues for organisations to take.

Advocating for honesty and transparency

Ethnic minorities not only face far more hurdles to enter the workplace than their white counterparts, but even when they are part of a team, inequalities can persist. In 2019, the ONS found that the ethnicity pay gap across England and Wales stood at, on average, 2.3 per cent. The gap peaked in London where the pay gap stood at 23.8 per cent and it was noted that the gap differed greatly across different ethnicities. However, with ethnicity pay gap reporting yet to be made mandatory, it is likely that these figures are much higher.

While a number of MPs are currently fighting for ethnicity pay gap reporting to be made mandatory by 2023, it’s crucial that employers do more to show ethnically diverse employees and candidates that they want to make change. Only 13 of the FTSE100 companies declared their ethnicity pay gap reports in 2021 – a worryingly low number. If we are to see real change, and for those worst affected to be reassured that those they work for are striving for equality, employers must be prepared to be more honest without the force of the law. We cannot wait for ethnicity pay gap reporting to become mandatory and it’s vital that we stay ahead on inclusion by being proactive.

Achieving true inclusion across the workforce requires a myriad of different resources, but all are simply actioned with the right help and the determination from internal teams to make change. If you would like to drive meaningful action for your organisation, get in touch with us, or our sister company, INvolve, today.