You can’t be what you can’t see: what do we mean by this? 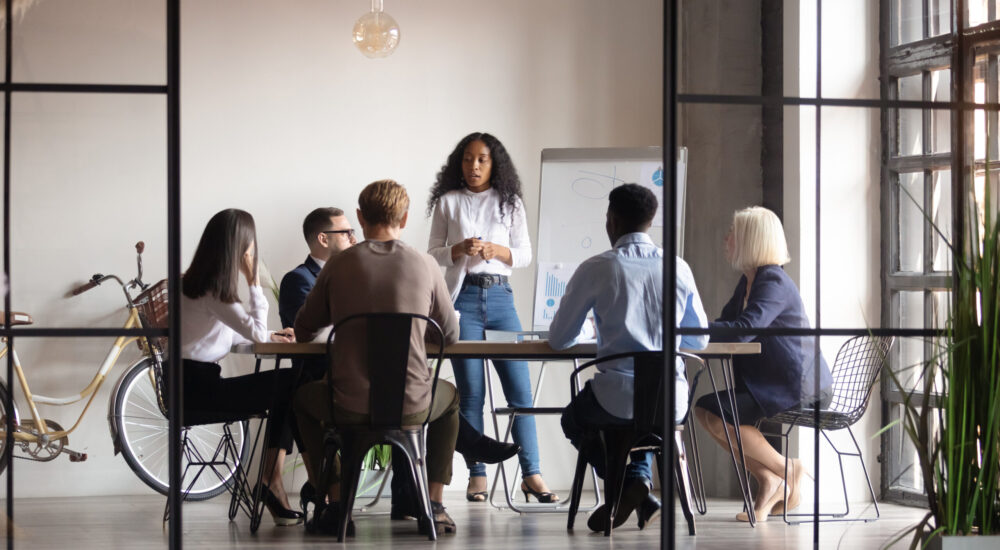 Personally and professionally, many of us orientate our lives around goals. Whether they are small steps or huge dreams, it’s the sense of having something that we believe in to work towards and the pride we feel when something is achieved that drives us.

However, in business, it’s a regular occurrence to hear of some people holding themselves back from their dreams, whether intentionally or not, because they cannot see others like them succeed in similar careers.

According to research from Innovate UK and the Federation of Small Business, a quarter of entrepreneurs report to have grown up with dynamic role models. Yet, when this data is further explored, 78 per cent of women business owners failed to see role models of the same gender, nor could over half of people from ethnic minorities. In the same research, over three-quarters of entrepreneurs said that having role models helps to build successful businesses.

Here are a few examples…

European research undertaken in 2020 found that only 2 per cent of young women in the UK and France could name a female role model whose values and ambitions aligned with their own. This dropped worryingly to 1 per cent in Germany. Certain sectors have built a notorious reputation for a dearth of women talent, such as tech and construction; traditionally sectors dominated by men which are struggling to effect change.

Additionally, in 2021, it was found that amongst FTSE100 companies, there wasn’t a single Black chair, CEO or CFO. At the same time, ethnic diversity at CEO level in the UK declined from 4 per cent in 2019 to 2 per cent in 2021. Shocking figures that only highlight the severe diversity and inclusion issues businesses are facing, especially in more senior roles.

What happens when there is a lack of representation in business?

No person is an island, and to feel comfortable, inspired and reach success in the workplace, a true sense of authentic community, support and leadership must be present.

Sadly, it’s not uncommon for diverse talent to report feelings of loneliness and isolation in environments where they lack role models they can look up to. If senior leadership teams are made up of homogenous groups who are not representative of their company, or the society in which they serve, it can be ten times as hard for diverse employees to feel capable of reaching the top.

However, if there is someone in the business who they can relate to on both a personal and professional level, who they feel comfortable opening up to and who provides them with endless professional support and nurturing, reaching for those goals becomes a lot less intimidating. ‘If they can do it, so can I’ becomes a mindset which funnels through the company when relatable role models are visible.

As an executive search firm, we understand the importance of levelling the playing field for diverse talent. Ensuring that every candidate as a fair opportunity to win a role allows us to support businesses to diversify their leadership – of which there are many business benefits. One of these is, of course, providing junior employees with visible leaders to look up to and aspire to be.

So, when we say, ‘you can’t be what you can’t see’, it is meant literally. Where individuals can see someone who looks like them and shares similar experiences to them, they feel safer, stronger, and far more able to harness the inspiration from their role models. This in turn gives them a greater confidence to reach for those goals that they stopped themselves from aiming for previously.