Mansplaining – what it is, and how to fight it 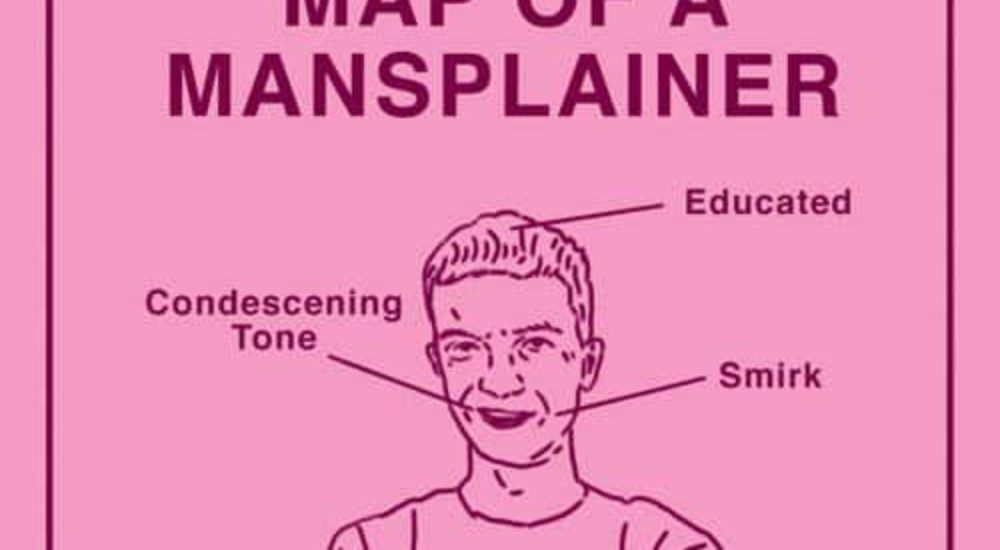 The term may be new, but the concept certainly is not. However, in the last couple of years, the act of ‘mansplaining’ has finally been called into question by the women who are subjected to this behaviour on a regular basis.

For a woman in the workplace having your voice heard can already prove challenging in an extremely male-dominated environment. Even women in senior management have come to expect a certain level of oppressive behaviour – no matter how unintentional – from male leaders and employees alike.

The concept if mansplaining may have always been present, but it wasn’t until Rebecca Solnit published her essay, “Men Explain Things To Me” in 2008 that the term entered into our lexicon. While Solnit did not coin the term, her essay (which later became a book) brought the concept to light and sparked debate across social media as to the exact definition and the reasons why this behaviour is still prevalent in modern society.

According to the Oxford English Dictionary editors, mansplaining is “to explain something to someone, typically a man to woman, in a manner regarded as condescending or patronizing.” Usually, men who are guilty of this behaviour adopt a tone they wouldn’t use with male colleagues when “mansplaining” to a woman. In most cases, there is little regard to the existing knowledge of the explainee; an assumption is made that the woman does not possess the same level of expertise as the man, and so would benefit from their advice.

While guidance and advice are always welcome by experts and well-seasoned professionals, being interrupted to have someone explain something obvious or a concept you are clearly familiar with is frustrating to say the least – especially when the explanation is given in a condescending tone.

What can we do to combat mansplaining at work

There’s nothing worse than having honed your skills and succeeded in your career only for a male colleague to speak to you as if you had just entered the world of business with no prior education. However, it shouldn’t take a job or even career change to avoid this. As tempting as it may be to respond with aggression, there are a few steps we can take to fight back when faced with this behaviour:

All too often, mansplaining is the cause of a breakdown in conversation between men and women – even when men don’t realise they are doing it. As a woman, the easiest option when faced with this behaviour is to grit your teeth, bite your tongue, take a deep breath and walk away from the situation.

Of course, ignoring this behaviour is one way of dealing with it, but no one should be forced to smile and nod when being talked to in a condescending manner. You need not print sticky labels for every mansplainer in the office, but addressing this behaviour by educating colleagues on how it affects others is a start.

You might be met with an eye-roll when using the term itself, so you may want to cut to the chase by thanking your colleague for their input, but politely reminding them of your credentials and informing them that they need not compete with you in conversation. Asking someone calmly why they feel the need to use this tone with you will further put them on the spot and usually leave them feeling uncomfortable and embarrassed without a valid answer. (Or they may try to mansplain why you feel this way. If it’s the latter, ignoring them might just be your best bet.)

If a male colleague feels they are qualified enough to advise you in a particular area or to explain where you went wrong in your work, a quick check on their credentials and experience in your position is often a sure-fire way to shut down the conversation.

That isn’t to say you shouldn’t show respect for all your colleagues regardless of their status or skill level, but when someone who does not occupy a similar job-role weighs in on your work, double-checking their sources can be a simple and effective way to put an end to the mansplaining – for now.

Having already made clear your understanding in a particular area, being faced with the same situation by the very same colleague later on is exasperating. If your ideas have been challenged or a male colleague is telling you he would have executed a project or task differently, don’t hesitate to stand up for yourself: the choices you made were well-informed and you are well within your rights to disagree with him.

If you feel the mansplainer has been mistaken, use the power of facts to refute their point. Remember, you’re in this role because of your qualifications and experience: use the knowledge you have to prove them wrong and advise them of the inaccuracies of their explanation.