If Not Now, When? Report: Action for Black Inclusion in Business 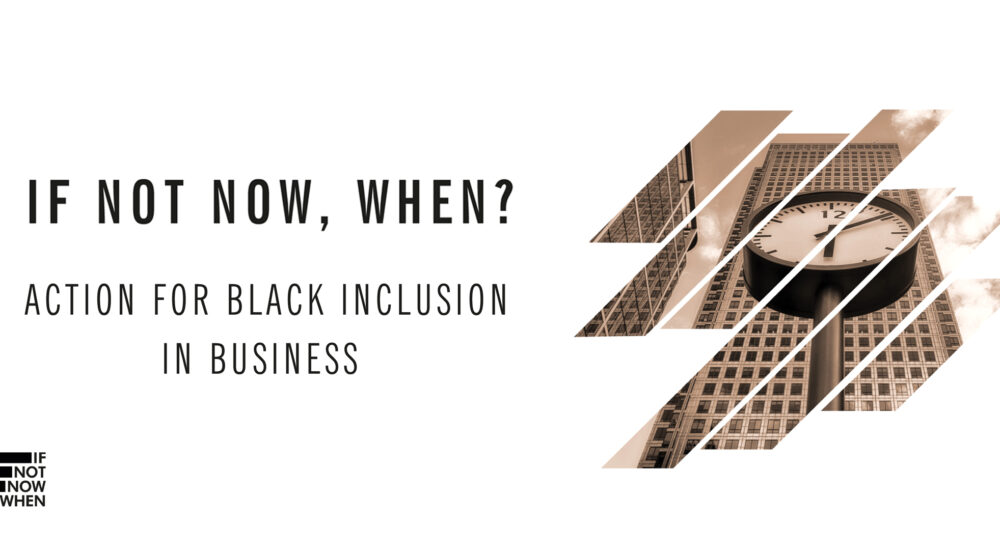 The events that took place in the summer of 2020 opened the eyes of many around the world and provided a wake-up call to everyone that we needed to do better to correct decades of systemic racism for Black people. For Black individuals, however, this has been an on-going battle, and despite years of activism, not enough tangible action has been taken to rectify inequality in society and in the workplace.

With the uprising of the Black Lives Matter movement, Audeliss and INvolve decided that more had to be done to ensure that Black people are being supported, heard, and seen in business. In June 2020, the companies created the If Not Now, When? campaign; a call to action for businesses to drive long term and sustainable change for Black employees. These commitments were intended as a roadmap and benchmark for organisations to drive forward their own journey in addressing Black inequity. The campaign has over 80 CEOs representing over 1 million employees committed to make these changes.

In this first report from the If Not Now, When? campaign, we are highlighting some of the steps that organisations such as Santander, Google, Hachette, IHG, Sainsbury’s, Greene King, Sodexo, M&S, Tesco, BP and Virgin Money are taking to support inclusion for Black employees and communities. The report aims to showcase the initial lessons and best practices that these companies have discovered, and serves as inspiration and guidance for businesses who wish to undertake action but are unsure where to start.