How has the face of leadership has changed in 11 years? 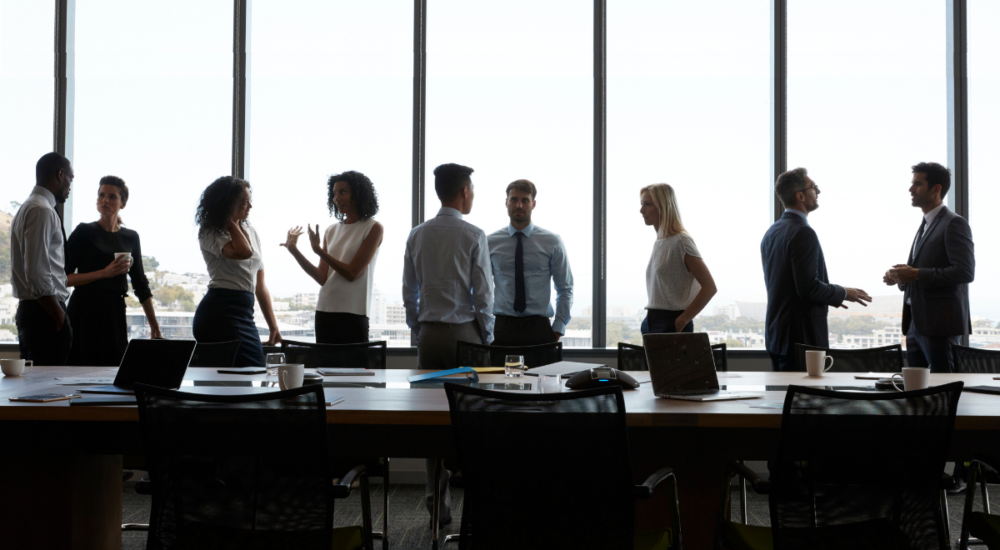 11 years ago, the face of leadership teams looked very different to what it is today.

When Audeliss was created in 2011, diversity and inclusion wasn’t at the forefront of companies’ minds. Conversations and strategies surrounding growth, productivity and innovation were centered around business strategies that hadn’t yet taken diversity into account, let alone the positive impact a diverse and inclusive environment has both on a business and society. Inclusion programs did begin to gain traction in the 80s and 90s through initiatives for women’s inclusion, however progress was slow. While our businesses are indeed more diverse and inclusive now, we still have work to do to ensure organization’s are committed to creating equitable workplaces where everyone can succeed.

In the early 2010s companies were recovering from the financial crash two years prior and many were tentative with budgets, especially in terms of investing money into D&I initiatives. They also pulled focus from intentionally increasingly gender representation as there was a level of overconfidence that representation for women would continue to increase at all levels, despite figures showing that in the US, only 16.4% of executive seats were filled by women.

However, a 2013 research from McKinsey, re-released in 2015, transformed organizations’ views on hiring diverse talent as it linked directly to better job and financial performance. The data from 366 companies showed that those in the top quartile for gender and racial/ethnic diversity were 15% and 35%, respectively, more likely to have financial gains. It even showed that there was a direct link between diversity and better financial performance. In the US, earnings before interest and taxes (EBIT) rose 0.8% for every 10% increase in racial and gender diversity in the leadership team, while in the UK, EBIT rose to 3.5% with the same increase.

Although greater diversity in an organization’s leadership doesn’t automatically translate into more profit, McKinsey believed that the connection shows that companies that were committed to diverse leadership were more poised to gain top talent, improve employee satisfaction, and customer orientation which then led into increased returns.

The research also highlighted that although representation was key, a change in culture was also vital to ensure that diverse talent could thrive. Some of the changes within business cultures that followed included the introduction of mandatory Gender Pay Gap reporting across the Organisation for Economic Co-operation and Development (OECD) countries and remote working which greatly benefitted talent with motor disabilities. There were also recommendations and mandates to ensure greater diversity in the workplace.

Globally, the 30% Club was formed to increase gender representation on boards and leadership teams to at least 30%. In the UK, the 2017 Parker Review set a target for all FTSE 100 companies to have at least one director from an ethnic diverse background through mentorships, leadership programs and promotions of people of color to ensure a pipeline of board-ready candidates. And in the U.S., a new company looking to list on Nasdaq must abide by their new Board Diversity Rules; companies must report on the diversity of their boards and require that they have at least one female director and a member of an underrepresented minority.

Fast forward to today and it appears that progress is happening, although it is slow. Grant Thornton’s report on women in business estimates that women make up 26% of CEOs and Managing Directors globally. In the U.S., 26 people of color are CEOs of Fortune 500 companies. While in the UK, 124 of the 998 Board positions in FTSE 100 companies that have responded to the 2021 Parker Review report are ethnically diverse directors.

Despite development, these stats show that there is still so much work to do. At Audeliss, we want to make sure that diverse leaders make up at least half of those leadership seats. Last year, 73% of our global appointments have been diverse.

“Diversity in leadership has changed significantly”, explains Audeliss’ Head of Delivery EMEA Alex Wyld, “Where typically 11 years ago, you would be looking at a room of all white men, we now see much more gender and ethnic diversity, although there’s still, of course, a long way to go.”

Search requirements for leaders have also altered. Companies often want to know what candidates have done to impact diversity and inclusion within their roles and organizations, even if they are not in D&I or HR. And most importantly, according to PwC’s 2021 Annual Corporate Directors Survey, Boards are now beginning to seek a diverse range of lived-experiences and diversity of thought, and are looking outside of the remit of those who merely fulfill industry experience of operational expertise. Our previous article explores how changes in Board trends, such as diversity of thought, greater transparency, and requirements for different skills, are creating more opportunities for diverse talent.

In the next 11 years, we’re hoping that D&I accelerate for businesses. In the U.S., 48% of Gen Zs are ethnically diverse and it is forecast that by 2044 groups seen as ‘minorities’ will reach majority status. This shows that organizations need to quickly adapt or fall behind when the next generation reaches executive status.