How can we talk about race in the workplace? 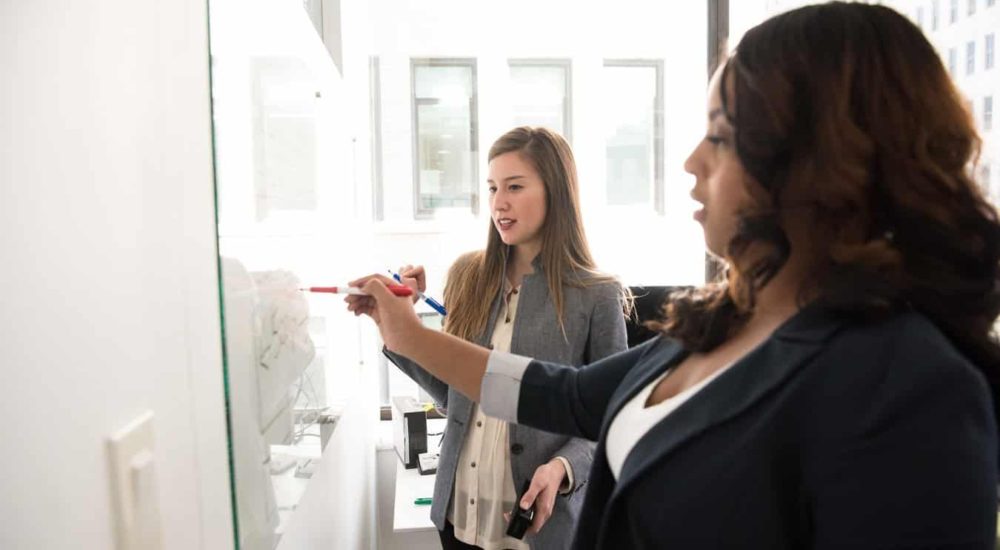 Within the workplace, you’ll often find teams talking about a range of differing topics from money to politics, before they even consider putting a conversation about race on the table. The reason for that is simple; it makes many people feel uncomfortable.

However, this needs to change. There is an urgent need to unmask and eradicate racial micro-aggressions within the workplace in order to create an inclusive workspace for all individuals. An organisation needs to have an environment in which each professional has an equal and fair opportunity at success, and this journey begins by being able to talk openly and confidently about race at work.

Approximately 14 per cent of the UK’s working age population comes from a Black, Asian and minority ethnic background, and by 2030, it is expected that the proportion will be closer to 20 per cent. However, the gap between delivering diversity and instilling inclusion is still distant. A recent McKinsey study found that while overall sentiment on diversity is 52 percent positive and 31 percent negative, sentiment on inclusion was markedly worse at only 29 percent positive and 61 percent negative.

This is where businesses need to step up and unlock the potential of diverse workforces. In fact, if ethnic minority talent across the United Kingdom is fully utilised, the economy could receive a £24 million boost. Tapping into the diversity of thought in an organisation is imperative to driving success.

Many professionals do not like talking about race at work because it can make them feel uncomfortable, or there are concerns about using the wrong language for fear of causing offence to another colleague.

We recognise that the vast majority of individuals that need to introduce conversations around race into the workplace are white, and therefore feel that discomfort stems from a lack of education, knowledge and understanding of the intricacies of the topic. In short, they fear saying the wrong thing. Therefore, instead of educating and becoming involved in talking about race at work, they avoid it. This is not a solution, especially for senior members of the team who can be seen as role models for junior employees.

There are a number of methods organisations can easily employ to encourage open conversations about race and educate their white team members to be more comfortable when discussing race. For example, creating safe spaces where colleagues do not feel judged or fear being reprimanded for saying the wrong thing, providing training and resources to enhance their understanding about race issues in the workplace and beyond, as well as regularly facilitating conversations regarding specific topics such as Black Lives Matter.

Understand the value of your connections

When it comes to being open at work about race, there is often a lack of appreciation for the lived experiences of diverse employees. This is why engaging and listening to the experiences of those from different backgrounds is so crucial – as is self-education on the issues of race.

As a leader, you need to be a vocal advocate to combat racism in the workplace and nurture an inclusive environment. You need to listen and learn from your ethnic minority colleagues’ experiences, by not suppressing their voices and welcoming their views and opinions from their experiences within the workplace. This also includes ensuring that you home in on your ethnic minority colleagues’ career ambitions and aspirations to ensure there is equal access and opportunity for all.

Importantly, organisations should take the time to seek support from external and internal advocates to provide a platform and avenue in which to start conversations about race. This can also incorporate a process of educating the entire business through diversity training on the importance of building an inclusive workforce and, even if it is uncomfortable, ensuring you encourage talking about race at work.

Another key way to facilitate conversations regarding race is for organisations to focus on initiatives designed to address racial inequality. Starting the process towards ethnicity pay gap reporting, for example, will involve collecting ethnicity data on all employees and communicating company-wide why this process is so important. Managers will need to encourage teams to provide such data – giving them a practical necessity to discuss race within the business. The publishing of such data, once collected, can also become a catalyst for valuable discussion and action.

Taking the next steps

In order to attract the best, diverse talent, it is vital for organisations to commit to having regular conversations regarding race. By implementing training, encouraging discussions and creating safe spaces for these conversations to take place, employers are portraying their commitment, both outwardly and internally, to creating a workplace that is fit for everyone.

It is more important than ever to root out and eradicates biases, discrimination and debunk perceptions about ethnic minority individuals to ensure that global workforces are inclusive within their own company cultures and in order to cement an inclusive hiring process.